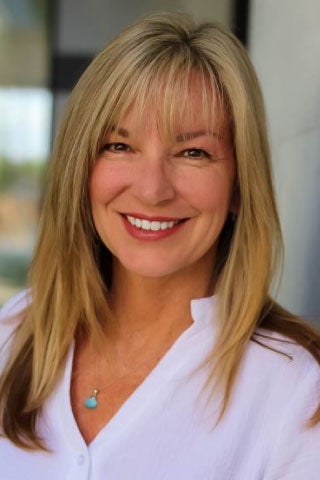 Kenna Anderes, PhD joined Mirati in 2021 to lead the Translational Medicine and Companion Diagnostics team. She is an established scientific leader in oncology drug discovery and clinical development in the biopharma industry. Over the last two decades Kenna has worked in a variety of roles that were initially the precursors to today’s Precision Medicine. In parallel to drug discovery and development activities, Kenna has led diverse biomarker and companion diagnostic projects from biological validation to clinical assay development to regulatory roadmaps across multiple platform technologies. 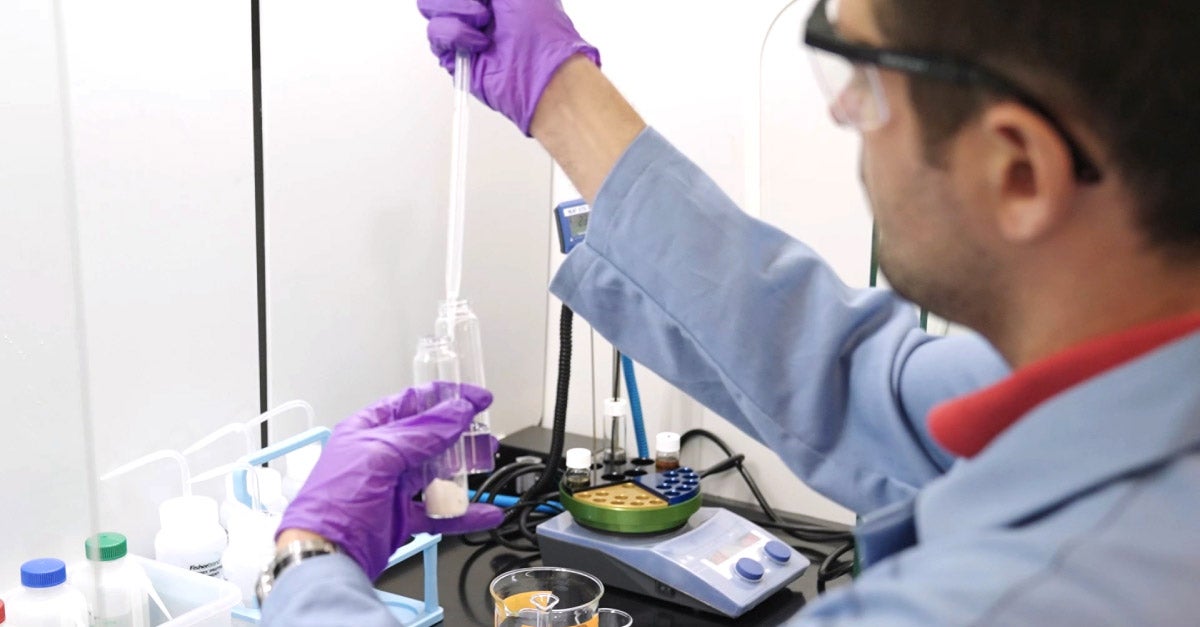 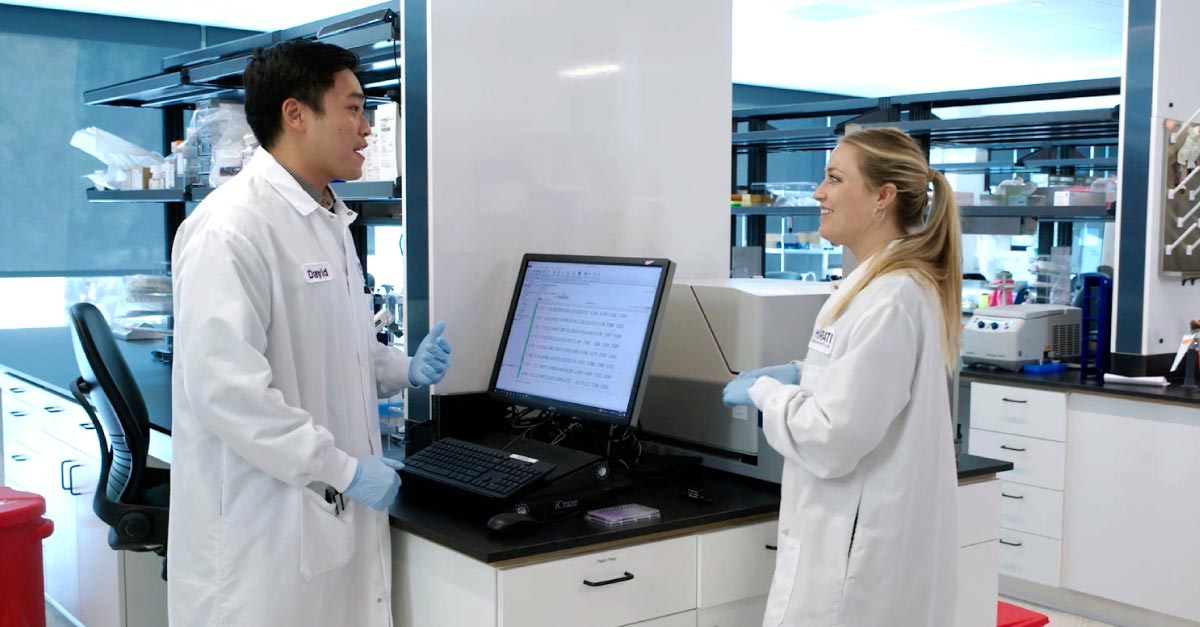 very time a human cell divides, it must faithfully copy and replicate all three billion bases of its DNA. While the cellular machinery is remarkably accurate, it is not perfect and occasionally makes mistakes called “mutations”. Some of these mutations can be caused by damage to the DNA induced by external agents like radiation, chemicals in the air we breathe or the food we eat, while others are the result of random copying errors. All higher organisms have therefore evolved genes and proteins whose job it is to correct these errors. Some can enzymatically recognize and repair the mistakes, others stop the cell from dividing until the repair can be made, while others can cause the cells to die if the damage persists or is too great. These functional overlapping genes and proteins are essential to maintaining the integrity of the genome.

Sometimes however, a mutation can occur in one of these “genomic guardian” genes that partially degrades the cell’s ability to repair mutational damage. Such genes are sometimes called “tumor suppressor” genes because when they function normally, they prevent the development of tumors. Often, a mutation that inactivates one of these tumor suppressor genes is on the road to becoming a cancer cell, allowing the cell to accumulate more mutations in other genes, leading to the unrestrained growth and division that characterizes cancer. Cancer, then, can be thought of as a disease of genetic instability.

In recent years, with greater understanding of the many molecular events that result in the transformation of normal cells into cancer cells, therapies have been developed that target specific “driver” mutations. A good example is the G12C mutation in the KRAS gene – a key “on/off” switch that controls the circuitry of cell growth and division in response to cellular signals. While the normal KRAS protein can switch the circuit on and off depending on the signals it receives, mutations like G12C cause the protein to become stuck in the “on” position, constantly signaling the cell to replicate and grow. Cancers that are driven by the G12C mutation are a key focus for Mirati’s research. KRASG12C inhibitors can be thought of as the contrast to chemotherapy, and an example of personalized or precision medicine – a therapy designed to work only in the subset of cancers that have the KRASG12C mutation.

Many cancer driver mutations have been identified with most of them, which can be targeted, having newer generations of “precision” cancer medicines. However, there is another approach to precision or personalized medicine that also exploits the cancer cell’s genetic instability, while more efficiently sparing normal cells. Organisms often evolve redundancies in the metabolic pathways involved in critical functions (such as DNA damage repair) that if the function of one gene is lost, another can compensate and maintain cell viability.  In contrast, cancer cells develop inactivating mutations (or outright deletions) in one or more of these functionally redundant genes, rendering the tumor cell entirely dependent on the remaining “active” gene. By targeting the product of that last remaining gene, a drug can potentially be lethal to a cancer cell while sparing normal cells in which the “back-up” is still functional. This is the concept behind “synthetic lethality.”

The quintessential example of therapies designed to exploit synthetic lethality are the PARP inhibitors. PARP is an enzyme involved in the repair of single strand breaks in DNA. When PARP is inhibited, these single strand breaks accumulate and eventually become double-stranded breaks, affecting the DNA double helix. Cells with double-stranded breaks become dependent on other DNA damage repair pathways such as the homologous recombination pathway mediated by the tumor suppressor genes BRCA1 or BRCA2. Hence, breast, ovarian or prostate tumors with mutated BRCA genes are uniquely susceptible to PARP inhibitors as the combined inhibition of PARP with loss of BRCA activity eventually leading to catastrophic damage to the tumor DNA.

Another example of this synthetic lethality approach to cancer therapy is Mirati’s PRMT5 program. PRMT5 is a critical enzyme known as a “methyltransferase” that is involved in a host of essential cellular functions. Another enzyme called methylthioadenosine phosphorylase (MTAP) plays a critical role in methionine metabolism and is often missing in cancer cells because of its chromosomal location close to a commonly deleted tumor suppressor gene (CDKN2A).

Loss of MTAP in a cancer cell causes the accumulation of an intermediate called methythioadenosine, or ‘MTA.’ MTA is a partial inhibitor of PRMT5, therefore MTAP-deleted cells are profoundly sensitive to further inhibition of PRMT5 thereby setting up the context of vulnerability to synthetic lethality. This enhanced sensitivity to PRMT5 inhibition creates a large “therapeutic window,” in which doses of an inhibitor that are harmless to normal, MTAP positive cells, are lethal to MTAP-deleted cancer cells. Mirati’s PRMT5 inhibitor is designed to selectively bind PRMT5 in MTAP-deleted cancer cells in a novel way, and positioned to potentially have an improved therapeutic index based on the concept of synthetic lethality.

As is the case for inhibitors of G12C mutant KRAS tumors or PARP inhibitors in BRCA mutated cancers, a PRMT5 inhibitor drug is effective only in tumors with a homozygous MTAP deletion – which occurs in about 10 percent of all human cancers. This is another example of a ‘personalized’ or ‘precision’ approach to therapy that will only be active in an identifiable subset of cancer patients.

The promise of delivering on personalized medicine relies on suitable diagnostic tests (i.e. companion diagnostics) to identify patients who may benefit from targeted therapy. This is an important area of focus at Mirati and of the Translational Medicine team.